I’ve had a week of small things, in direct contrast to the big deal weather we’ve been having here in Rochester, first a violent wind storm that toppled hundreds of trees (thankfully none of ours), and today, 26 inches of show with blizzard-like white-outs and temperatures hovering around 16 degrees.  Everything has shut down, including my arms and back and legs from having to shovel the driveway six times in 24 hours.  And so reading small has been a good thing for me while the weather plays itself out. 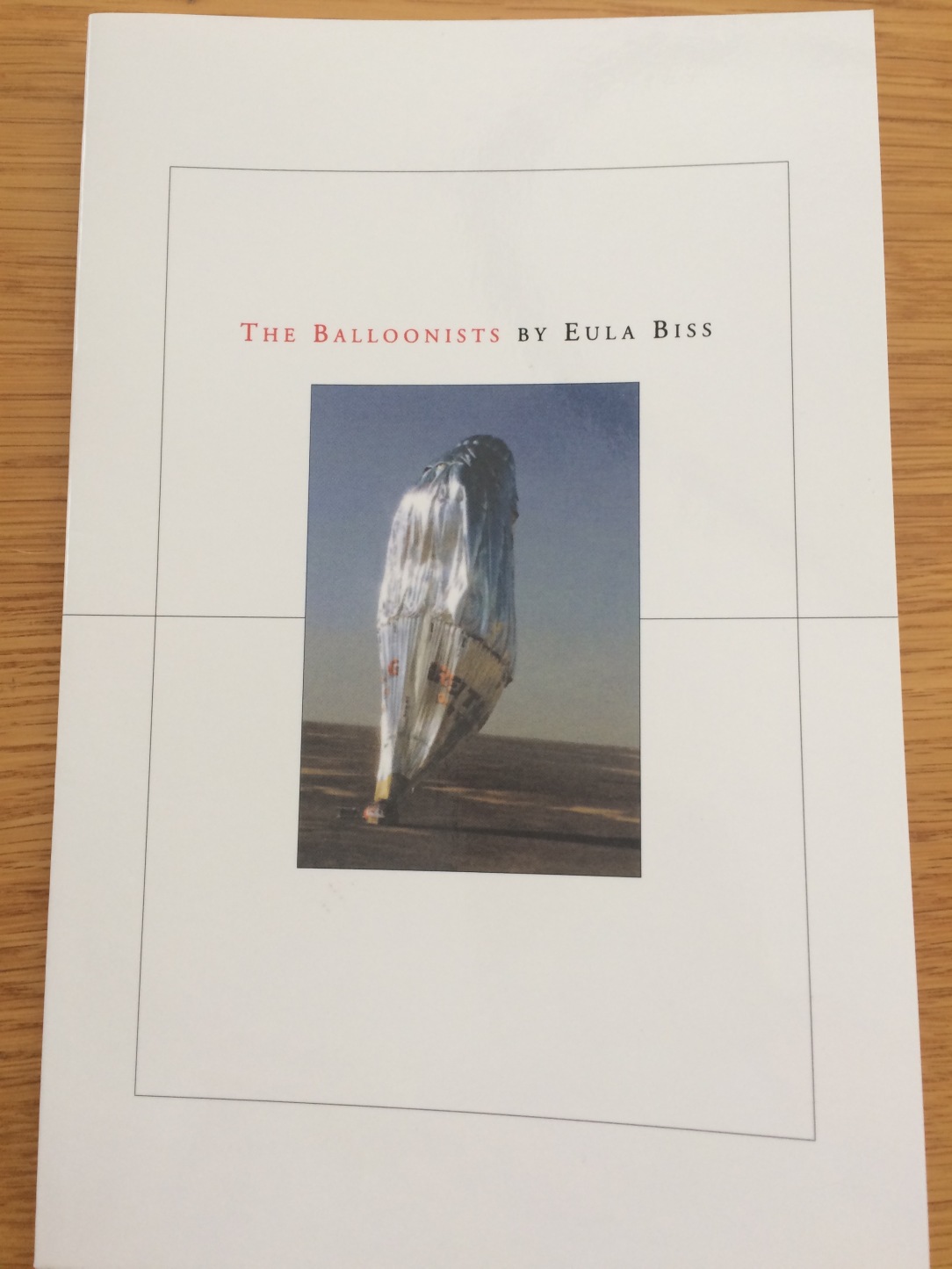 First, I read The Balloonists by Eula Biss.  I’ve been on a Biss bender lately, tearing through  her essays in No Man’s Land, and I’m starting to re-read On Immunity.  I am so drawn to her style and tone, both forthright and intelligent, yet intensely lyrical  even when she is describing the squalor of her first apartment in Brooklyn, years before gentrification made the borough a lifestyle destination.  The Balloonists is barely 114 pages, and it is a series of prose poems that circle around her parents, their marriage and divorce, her early family life, and her relationship with an unnamed musician.  The language is spare and beautiful, allusion, evasive: “I am staring at the map, the wide winding patterns, the tang;e, the mess.  He understands it.  He wonders about breaks and pauses in the vibration patterns on the water.  I wonder about the pipes and rivers rusted into the walls of the canal.  The mossy spigots, the empty mechanisms, the lock grown over with blackberries.”

Next, I finished Grief Is The Thing With Feathers.  The title refers to the Emily Dickinson poem, “Hope Is The Thing With Feathers,” and in a way, Max Porter is suggesting that grief and hope are not that dissimilar: both are a necessary part of life, both exist as human experience.  Dad comes to the realization that he will never get over his grief for his dead wife, but that he has returned to feelings of hope, because of his love for his two young sons who embody the memory of their mother:

“Man: I would be done grieving?

Bird: No not at all.  You were done being hopeless.  Grieving is something you’re still doing, and something you don’t need a crow for.”  This is such a moving book, and it completely avoids the sentimental trap of cliché.

So then by chance I happened to find a section devoted to essays on Emily Dickinson in a back issue of the Kenyon Review, which I had bought specifically to read a completely different essay, Mara Naselli’s “On Being A Mother” which is not available online.  It was such a treat to read these four essays on Dickinson, part of an informal “symposium” of poets gathering in the pages of the Kenyon Review to discuss their thoughts on ED>  I especially liked David Baker’s “Thresholds”: he writes, “I find (ED) the single most ferocious, terrifying, and intrepid lyric poet of our language–with Milton, Blake, maybe Berryman, maybe Plath, for the sheer proximity to chaos, devastation, psychic, and physical rupture, obliteration.” And then Ann Townsend  in “Rowing to Eden”: “But in Dickinson’s radical domesticity, walls provide shaper the wildness within; windows and doors contextualize the question Dickinson asks in her 1878 letter to Judge Otis Phillips  Lord: ‘Don’t you know that “No” is the wildest word we consign to language?'” 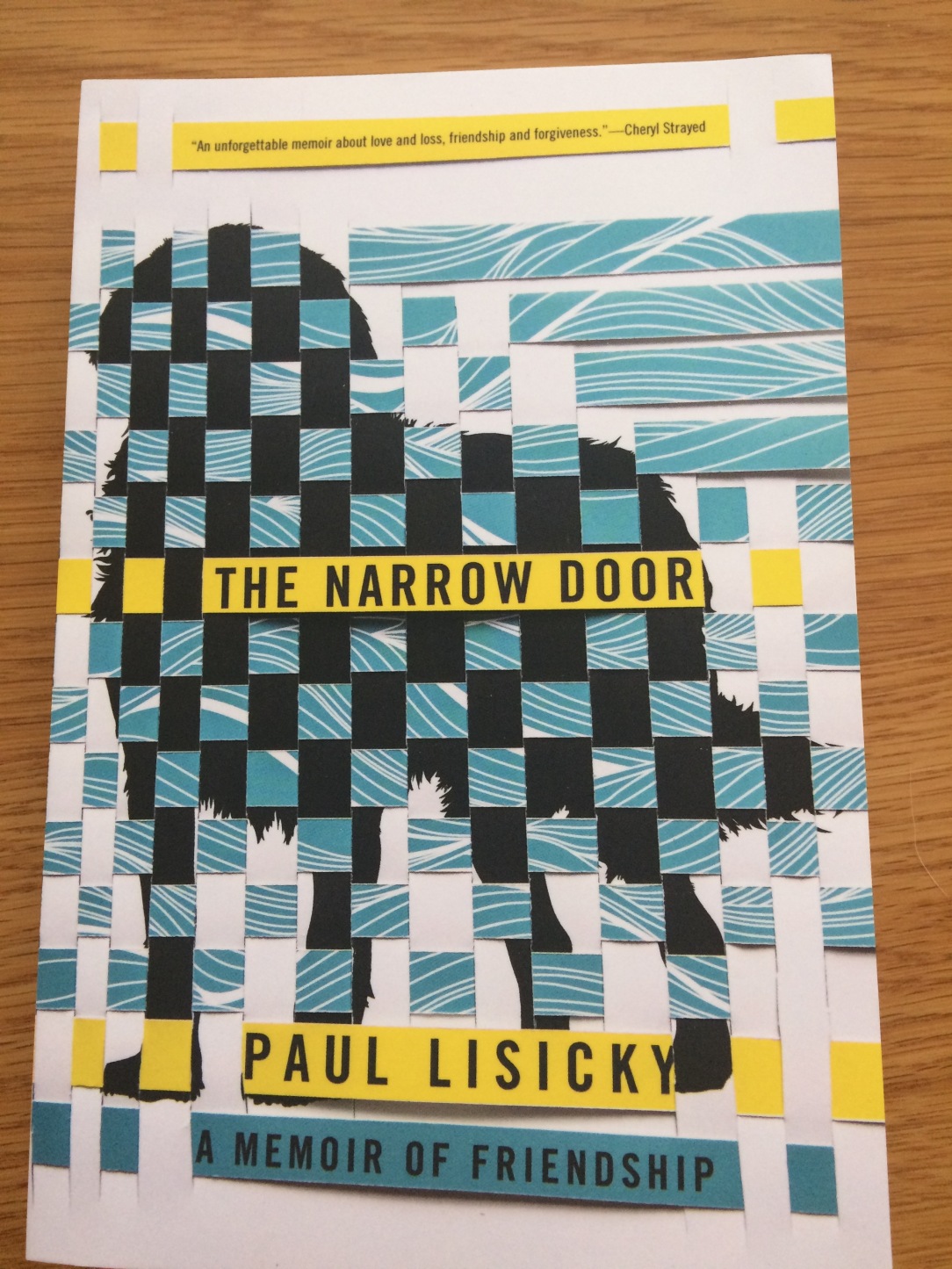 And finally I got started on Paul Listicky’s The Narrow Door: A Memoir of  Friendship. This is one of the too many books I bought at the AWP conference in DC last month and stuffed into my over-stuffed luggage, and I am not sorry one bit for all that effort.  Listicky’s book is about the death of a close friend and the ending of a long relationship, and he writes in luminous, lyrical prose: “Our gestures say, we’re here for you, time.  We’re all right with you.  We’re not straining against your grasp.”  But it’s a long book, and so I’m planning to take it with me on some travels I have planned for the weekend. More to come about this book next week.

The end result in page count for this week is about 233, though since I didn’t keep track of where I was for the past several weeks, I still have no idea where I am in relation to our final goal of 2017 pages in ten weeks.  233 + x=?  Anyway, it matters a little lass than the enjoyment I’ve had this week in dipping into so many pots.