Mandatory One Grade Deduction for Posting A Day Late

Well, the excuse is that I was in Buffalo last night, staying over in my husband’s apartment–he works there during the week and then comes back to Rochester on the weekends–and he’s a bit of a cheapskate, so he never got wifi for the apartment.  He figured that he’d just get all his internet access at his lab, which he does, but it makes it a bit hard for me when I’m there, unless we take a late-night walk with the dog to his lab (and sneak Milo, who fittingly is a Lab, into the building).  Which we, both pleading exhaustion, didn’t do.  And so that’s why I missed writing this post yesterday…and I accept my fate!  I’m not headed for any kind of decent grade this “semester,” but at least I’ve been having a great time reading.

This week, I tried to make a lot of headway with Kay Redfield Jamison’s psychological biography of Robert Lowell, Setting the River on Fire, and I’ve gotten through the first 200 pages.  It’s a fascinating read, but terribly sad and even depressing.  Jamison conjectures that one reason Lowell’s mania was so acute was that these episodes of irrationality and violence were his way of exacting retribution against his domineering mother who belittled him and did so much to undermine his confidence as a human being.  But Lowell knew from early on that he had to be a poet; there was absolutely nothing else he wanted to do or be.  And his brash self-confidence is breath-taking.  This is what he wrote to Ezra Pound in 1936, asserting his unshakeable desire to study with him: “Your Cantos have re-created what I have imagined to be the blood of Homer.  Again I ask you to have me.  You shan’t be sorry.  I will bring the steel and fire…” 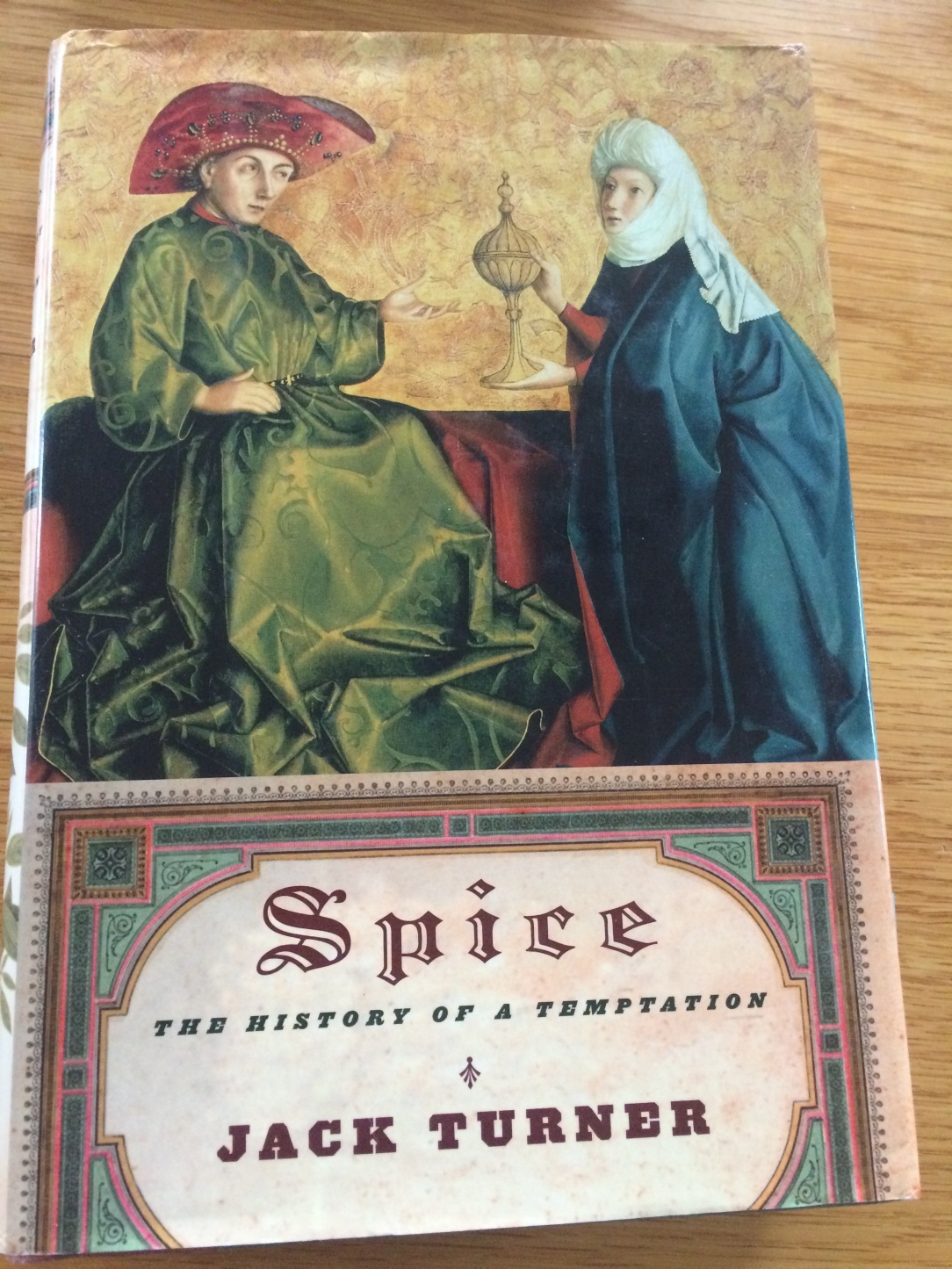 I also read the first two chapters of Spice: A History of Temptation by Jack Turner for a writing project I am beginning.  This is an exceptionally interesting book, with a panoramic historical and cultural view of the role of spice and the spice trade in global societies.  I was only vaguely aware of the issues surrounding Columbus’ failure to bring these high-valued spices back to Spain–and how incredibly deluded he was that he had found what he’d been looking for–and I certainly knew nothing about the Roman and Greek uses of spices, not to mention the huge voyages explorers undertook just to add a little vibrancy to a repetitious diet.  I am eager to read more, even though I’ll probably spend way more time with this book than with my tiny writing project.

And speaking of spice and food–I was so excited to read last week’s New Yorker which is entirely devoted to Health, Medicine, and the Body.  There are great articles by Jerome Groopman, “Does Fat Make You Fat? ” (with a review and appreciation for Alison’s book from last week, Rethinking Thin, by Gina Kolata), Siddhartha Mukherjee, “The Algorithm Will See You Now,” David Owen, “Pardon?”and Tad Friend, “The God Pill” (super creepy!) This is one issue that I have practically read cover-to-cover, and well-worth finding online if you don’t already subscribe to the magazine.

Last, I read James Logenbach’s “The Music of Poetry,” which I think is in the March issue of Poetry Magazine (and I renewed my subscription!)  He contemplates Ezra Pound’s “In a Station of the Metro” and several other poems within the context of musicality.  There were several points I had never realized: that the word “tone” from the Greek “tonos” actually means tightening or stretching, as one would a string on a lute (Logenbach plays the lute, studies it when he’s not writing poetry–he lives here in Rochester, his daughter is a high school and college classmate of my daughter, and I’ve had the great good fortune to meet him and talk with him about music and poetry, if only briefly).  Tone is produced by the linguistic elements a poet uses to convey a certain quality–that feeling we as readers get when we read an especially compelling poem, “the experience of the poem on the page,” Logenbach writes: “The music of poetry could not be other than a metaphor.”  And what a metaphor!  This is such a lyric essay in itself.

And so again, I’m not sure where I stand page-wise.  I’m somewhere in the 200-plus range for the week, but I am still finding myself immersed in my reading and not paying attention to how much I’m doing.  I do know I am reading much more than I would be if we were not in this challenge together, and I so appreciate having the chance to think and read and write about what I have been encountering, my own experience of the words on the page.