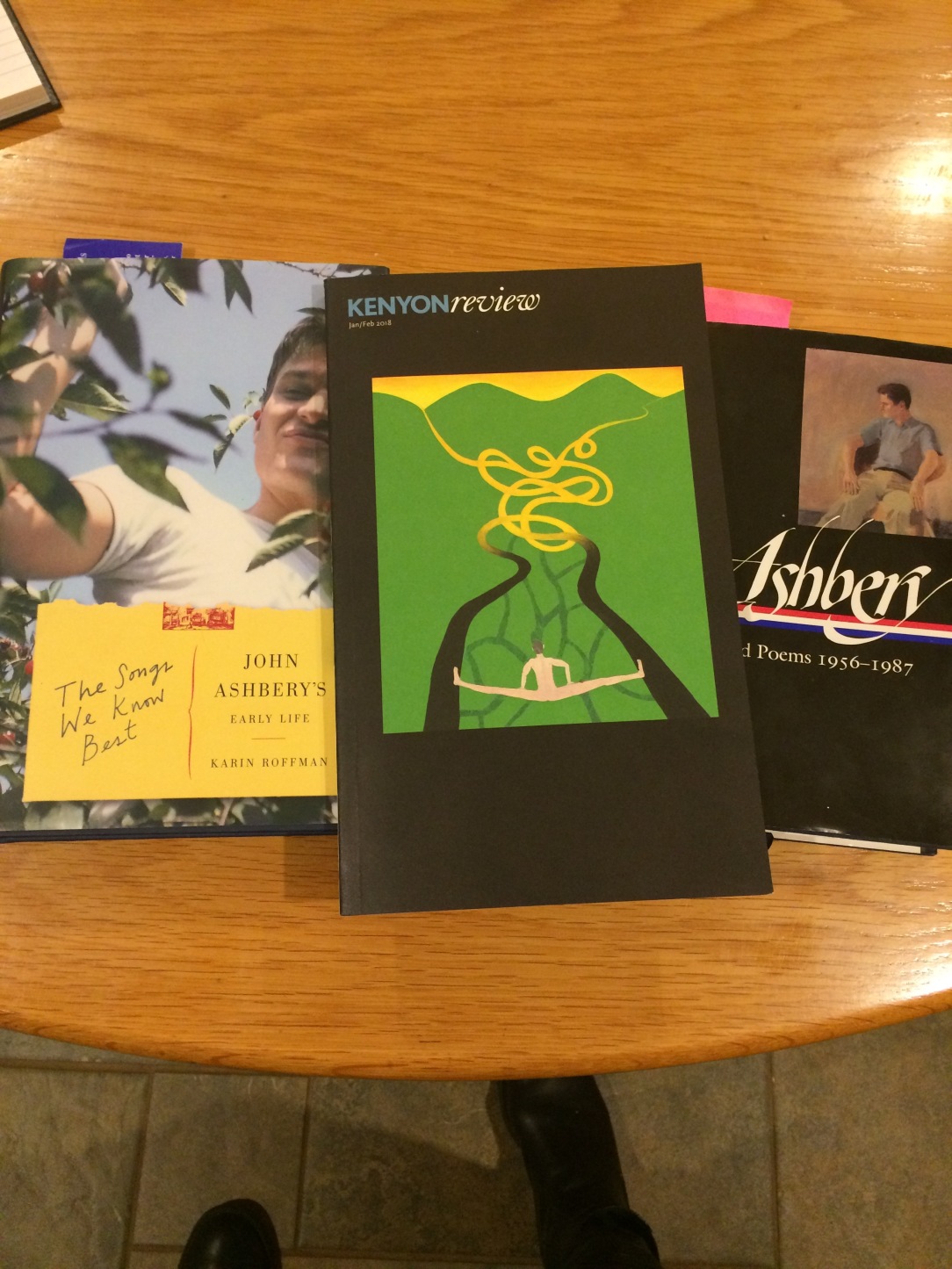 Hanging In There (barely!): Week 2

I’ve just come back from a weekend retreat during which I read absolutely zero pages. It was an interesting experience to be away from words–at least written ones, although breakfast was a silent meal every day, so no talking either–even though I stuffed my backpack with three books that I did not even look at. I don’t know what I could have been thinking when I packed. Maybe that the books would somehow magically read themselves while I was busy at the retreat and would give me little reports about what they did all day long? But no such luck. I carted them 245 miles there and back, only to put them back exactly where they had been on Friday afternoon. I did come home with two nice pens, though.

But somehow I managed to get a fair amount of reading done earlier in the week, so I am closing out week 2 with 213 pages, which gives me 430 pages so far. I read widely this week, mostly because I didn’t know what to read next. I finished The Songs We Know Best, reading through the notes, bibliography, and acknowledgements–not nearly as boring as it sounds since going through the notes would refer me back to the text and parts I might have forgotten about. I wasn’t sure if I really wanted to leave Ashbery behind, so I decided to read through Some Trees, Ashbery’s very first collection of poetry that won the Yale Younger Poets Award and really launched him on his career (and Songs is about Ashbery’s life leading up to the publication of Some Trees and his leaving the US for France on  Fulbright).

Continuing to tack into the wind, I resumed my Wednesday journal/ periodical day, by reading two reviews in the Sunday New York Times Book Review (shows you how long the Sunday newspaper hangs around in my house!), Meghan Daum’s reviews of three memoirs, The Art of Misdiagnosis, The Book of Resting Places, and Heating and Cooling–a book I will be getting to myself in these ten weeks; and then Benjamin Ogden’s review of J.M Coetzee’s Late Essays, about the writers that were most influential to Coetzee; then I read John Wideman’s short story in The New Yorker, “Writing Teacher,” a somewhat disturbing and close-to-reality piece about a professor of writing (which he is) and his clueless student and her terrible short story.

Still needing to make a dent in my periodicals pile, I started on the November/ December edition of The Kenyon Review, and I was particularly struck by Kevin Young’s essay, “Cowboys and Aliens,” an excerpt from his new book, The Rise of Hoaxes, Humbug, Plagiarists, Phonies, Post-Facts, and Fake News, a book for our times. here he writes about the position of books as cultural objects: “….despite what e-book sellers wish, the book begins far before its guts and contents, which are not merely text but typography, design, packaging, and beauty. The book is where the author exists not just as a single vision, but in a collaboration with culture.” This is exactly it–the book is the author’s conversation with time and culture and existence.

The benefits of reading through a literary journal like Kenyon are that one has access to a wide range of genres between two covers–nonfiction, poetry, fiction, and commentary, and the breadth of styles is enormous–from essay to speculative fiction to post-modernist poetry, a variety show all for the price of a single admission. Still, I will happily return to reading one book with one approach to style and content. It’s easy to get a feeling of literary motion sickness after having traversed so many different genres and styles within 116 pages. Still, it was worthwhile for me to do, if only to justify to myself the reason why I get so many journals in the first place.