(Week 1): Re-introducing myself and reading Alex Chee’s How to Write an Autobiographical Novel: Essays 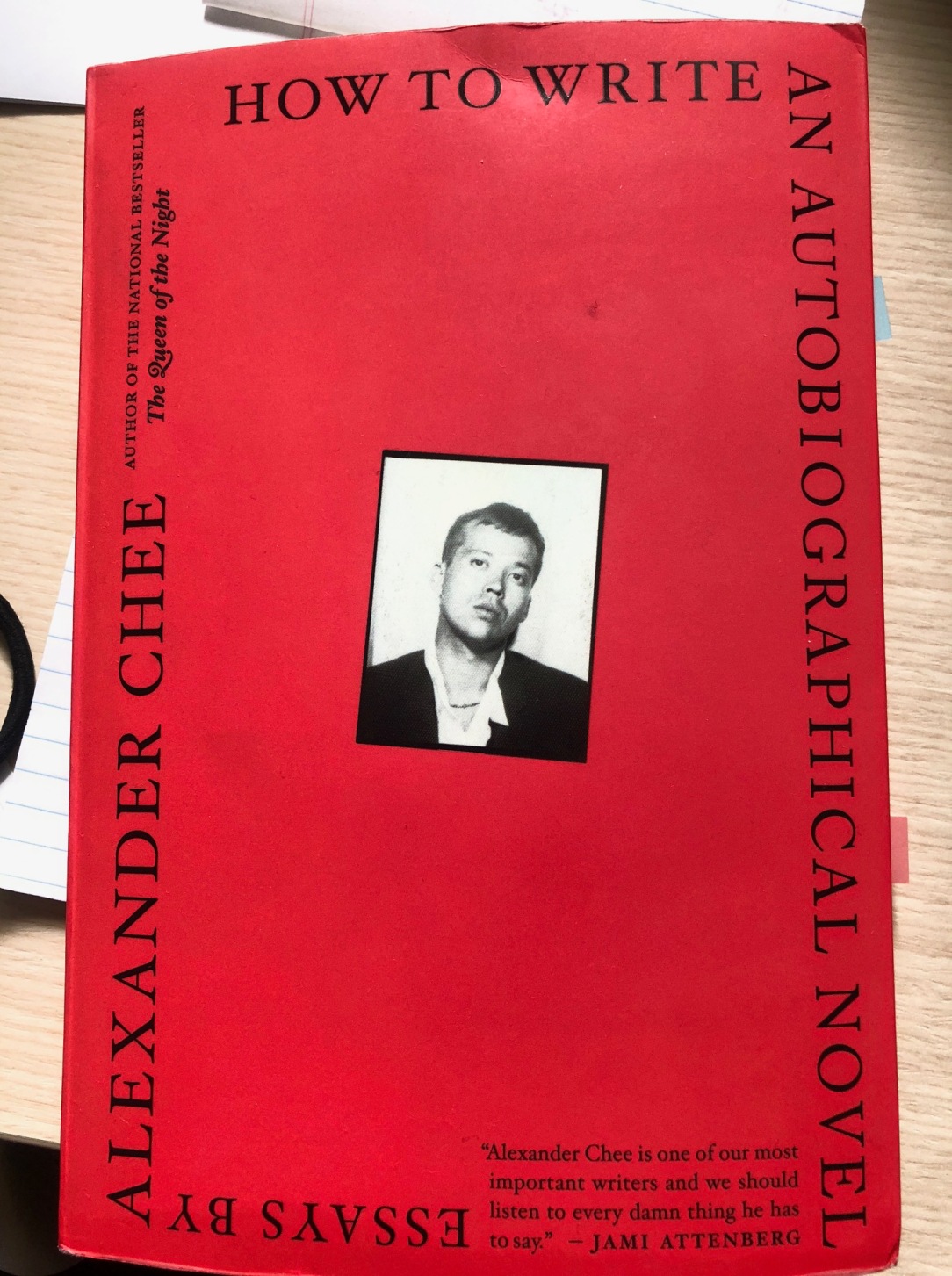 I was told about the reading challenge by my friend, Nadia, and have posted before, but didn’t get very far in page count. So, on to the Summer Challenge!

My family hosted a nine-day religious event from 6/30-7/8—an enormous undertaking—and I was able to read not more than a page a night last week before falling asleep. So this is my reading from Week 1.

About me–I write fiction and nonfiction, teach creative writing workshops, tutor high school students on their college application essays, and live with my husband (a middle school teacher) in my hometown of Rochester, NY. Formerly, I was a full-time professor of English/Creative Writing in New York City. I’ve also taught high school and middle school English.

I savored the essays in Alex Chee’s How to Write an Autobiographical Novel. I started his book in June and finished in the first week of the challenge. (So, 280 pages.) For a time, Chee lived in Rochester (when I did not; I was still in NYC), and I read his blog, called Koreanish. There’s something I’ve always appreciated about Chee’s voice—that he’s smart, that he writes about the self in various places without being confessional, but more exploratory, meditative, reflective. And yet, I feel and felt, as the readers, as though I was allowed in, allowed an intimacy with the writer and the text. Chee writes about being an exchange student in Mexico while in high school, about being an undergraduate (and later a professor) at Wesleyan; about what it was like to study with Annie Dillard. He writes about moving to San Francisco after college and being young and gay and an AIDS activist at that time, which was the late 80s or early 90s.

Chee is a novelist (he has published two novels), but I haven’t read his fiction. I’ve read some of the essays in this book when they appeared in online publications such as Guernica, Longreads, and Buzzfeed.

I appreciated his writing about applying to MFA programs and what it was like to go to Iowa. (He also wrote about getting into UMass Amherst and driving up to Amherst to meet with a professor there before making his decision. UMass is where I did my MFA and I could imagine the setting and know the professor).

Some of my favorite essays: “The Writing Life” (about studying with Annie Dillard, one of Chee’s writing professors at Wesleyan). He includes such details as her requirement that stories turned in to her be triple-spaced.

“Triple-spaced? we asked in the first class, unsure, as this had never been asked of us. I need the room to scribble notes in between your sentences.”

Here’s a little bit from the essay, “The Autobiography of My Novel”: “That afternoon, I tried to understand if I had made a choice about what to write. But instead it seemed to me if anyone had made a choice, the novel had, choosing me like I was a door and walking through me out into the world.”

This is the beginning of a list essay called “100 Things About Writing a Novel”: “1. Sometimes music is needed. 2. Sometimes silence. 3. A novel, like all written things, is a piece of music, the language demanding you make a sound as you read it. Writing one, then, is like remembering a song you’ve never heard before.”

The title essay is one of my favorites—it’s written in one or two-line sentences. Maybe sometimes two sentences together, but it’s a lyric essay, with space on the page between sentences or short sections. I’ll share a few lines I underlined: “The living reside uncomfortably in prose. This includes you.” And, “Invent a character like you, but not you.” And, this beautiful sentence: “You are the ghost of the house you build and never live in, this house you make of your life.”

Writer of fictions & truths View all posts by Sejal Shah

4 comments on “(Week 1): Re-introducing myself and reading Alex Chee’s How to Write an Autobiographical Novel: Essays”