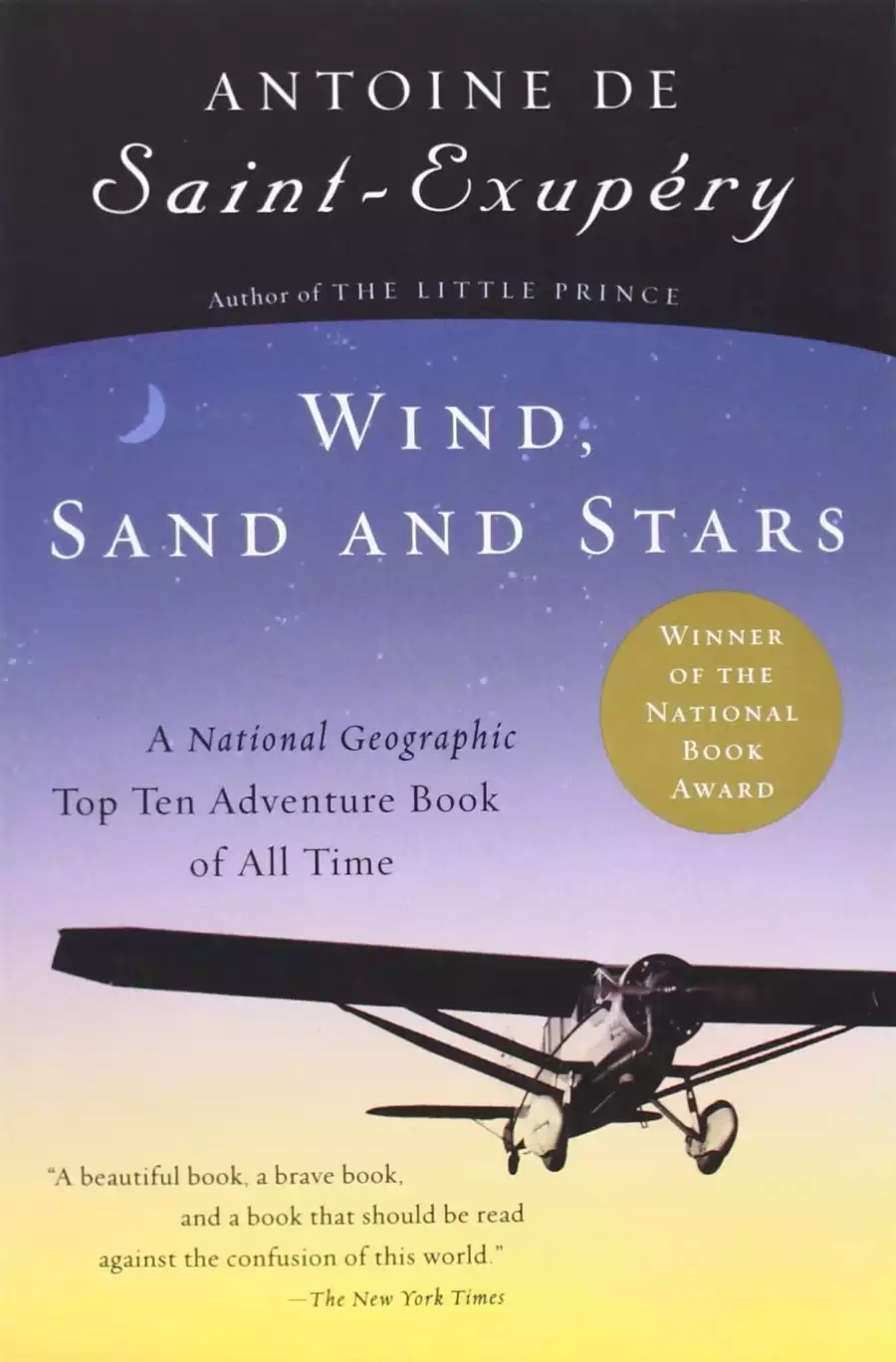 The reason I chose this book is because the author also wrote The Little Prince, which is one of my favorite children’s books (if you haven’t read it, please do).

I enjoyed this book for some of the same reasons I didn’t like it- ha. The verbosity was intriguing but I guess reading this at the tail end of a reading challenge made me antsy. There are certain parts I flagged to go back and study further, but my first pass felt rushed.

The book is about the author’s time as a pilot, which was during the earlier part of the 20th century. I learned a lot about flying during this time and it sounds pretty scary! He flew a mail carrying plane and during that time a second plane had to follow with no mail since it was likely that at least one plane would fail and this was a safety to ensure mail delivery.

The author disappeared during a flight one year after The Little Prince was published. This was not an uncommon fate for pilots of this era.

There’s lots of descriptions of the desert where he landed and spent much time, as well as Barcelona where communism and the war were brewing in the 1930s.

Overall, 3.5/5. A bit slow paced, but with lots of philosophical side comments and historical images that are definitely worth thinking about.