Into This River I Drown by TJ Klune 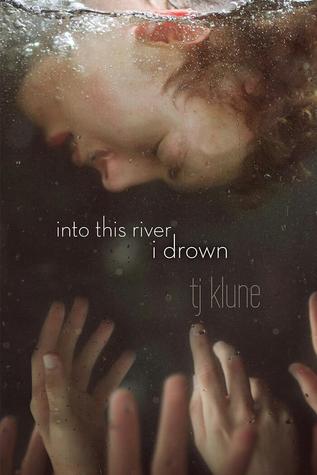 Wowsa, this is a powerful read.  Made more poignant knowing the difficulties the author has dealt with and even more so knowing what was coming down the path for him after he wrote this story (search for TJ Klune and Eric Arvin if you want a run-down).  It’s a little hard to read with that knowledge.

As a self-avowed Klunatic I was not ashamed when the Wookie-face took hold over and over again reading this book…one time, awkwardly, while I was listening to the book while vacuuming the stairs and I found myself holding a running vacuum weeping silently on the fourth stair.  I’m not sure what anyone would have thought if they walked in on that scene (don’t tell anyone).

Anyway, this is a story about Benjamin, a boy who’s world was absolutely destroyed when his beloved father was killed when his truck crashes into a river.  After four years Benji is still in a haze of depression and despair and haunted by the memory of his father and the belief that his father’s death wasn’t an accident.  At his absolute lowest, when he can’t take any more he finds himself back at that river calling out to anyone, anything for help.  And it comes.  It comes in a blaze of blue light, a guardian angel, Calliel, who has chosen to abandon heaven and heed the call of Benji’s broken heart and try to put it back together, whatever it takes.

This is an emotional story with some interesting explorations of love, sacrifice, grief and faith.  While I couldn’t really relate to Benji’s worship of his father (I don’t know if I’ve ever looked up to someone that way), I was left wishing I could and my own sense of loss that I haven’t.  This story was a lot different than I expected it to be with some dramatic twists and turns, but it is beautiful to watch.  You really don’t know how it’s going to end until the last pages.

I need to find something funny to read now…

(I know what you’re thinking…another TJ book? Obsessed much?!? What can I say?  They’re good!)

View all posts by herbnerdwa