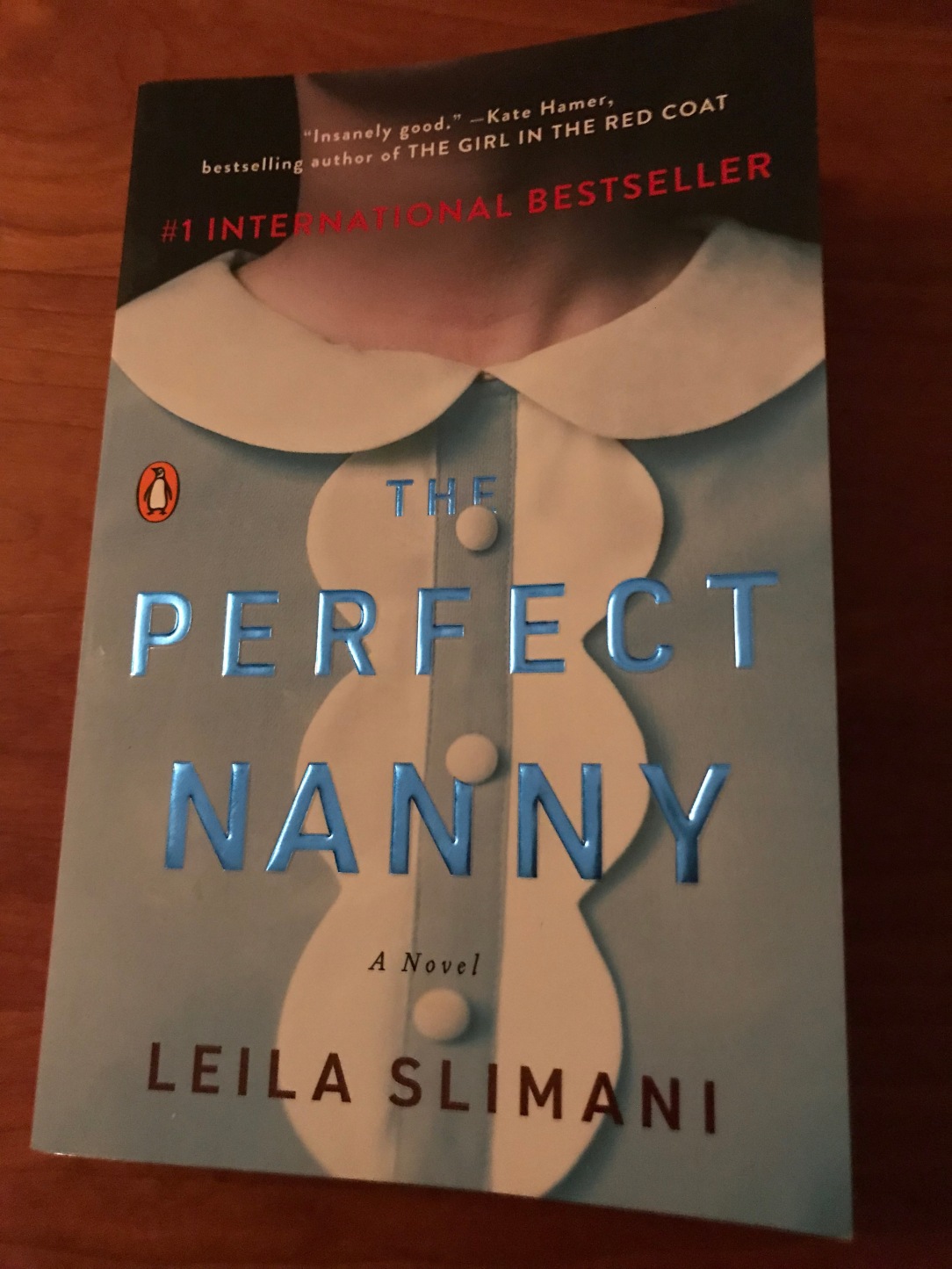 Here s a book that you might not want to read, especially if there are little children in your life or even if you are close to someone who cares for them. Leila Slimani’s The Perfect Nanny is both a cautionary tale and an allegory of motherhood, and asks  unsettling and difficult questions about identity and responsibility that society imposes on mothers. There is a moral implicit in the novel, but it may not be the one we would like to hear.

Perhaps no other work of fiction begins with a more disturbing first sentence: “The baby is dead.” And then, “It only took a few seconds. The doctor said he didn’t suffer.” Already Slimani is setting up the moral distance that this kind of extreme violence elicits in a reader, the “it” implying an act of such unimaginable horror that we are momentarily relieved that the death itself was quick, until we realize that this means only that the manner of death itself was brutal in the extreme. And so with the plot revealed backwards–what happens becoming the starting point instead of what the novel drives towards–Slimani develops the why, how something like this could take place.

The Perfect Nanny is based on an actual event, the case of Louise Woodward, a nanny who in 1997 was convicted in the death of the baby she was caring for. In the novel, the nanny is also named Louise, and the fact that she is a British woman who works for Myriam, a French-Moroccan lawyer, turns the more usual immigrant/ employer dynamic on its head. Myriam has just had her second child and is feeling as if all her training and knowledge is being wasted by having to stay home all day with her children. She and her husband Paul, a music producer, spend an afternoon interviewing candidates, and they are revealed to be deeply racist in their attitudes; “No illegal immigrants, agreed? For a cleaning lady or a decorator, it doesn’t bother me…But to look after the little ones, it’s too dangerous (5).”

Louise is a godsend. She is perfect. She bonds with the children right away and takes over the household, cleaning and cooking so that Paul and Myriam can work long hours. She even cooks for dinner parties the couple has, and goes with them on vacations. There is a fundamental awkwardness in how they should relate to each other, but Myriam is so relieved that she no longer needs to worry about her children that the inequities of their relationship don’t seem to matter to her. Nor is there any indication that Louise would be capable of anything but genuine love for Myriam’s two children. Only the reader knows what will happen, and that “the perfect nanny” will soon become a deeply and bitterly ironic term.

What Slimani reveals slowly through this short book, though, is a deeper psychological portrait of Louise, who has had a devastating life, and yet the reader is never entirely sure what happened and why. Did Louise just suddenly snap one day? Or was she from the first moment intent on punishing Myriam for the audacity she has to leave her children with a stranger? We get glimpses of Louise’s obsessions with the couple and the overlap she begins to feel between her life and theirs: “She has the intimate conviction now, the burning and painful conviction that her happiness belongs to them. That she is theirs and they are hers (78).”

Slimani leaves these questions unanswered, and perhaps raises the even more disturbing notion of maternal ambivalence, the idea that deep within a mother, there can be a primal impulse to harm her own child, to consider the baby as a rival to the mother’s own life. It is the opposite of nurturing but equally as strong, and a side of our psyches that we would rather not admit to. And yet if the nature of evil is such that the capability for inducing harm, for committing the most horrific violence, is a human characteristic, then we are all capable of such acts.

The writing in The Perfect Nanny is taut, knife-edge, and direct. The present tense Slimani uses to narrate the story heightens its impact and suggests an on-going continuity of this kind of situation, that all mothers (and fathers too, but more so mothers because of the physicality of the birth experience) must grapple with how to raise their children. Here, in the novel, this becomes a question of life or death. Translated to our own lives, this too asks of mothers to put ourselves in impossible situations, but it would be a mistake to read the outcome of The Perfect Nanny as a polemic against child care. Slimani is not going to give us the answers, but we must keep asking the questions.

1 comments on “Week 3: The Perfect Nanny”