Week 3: More Rae & The Book of The Damned 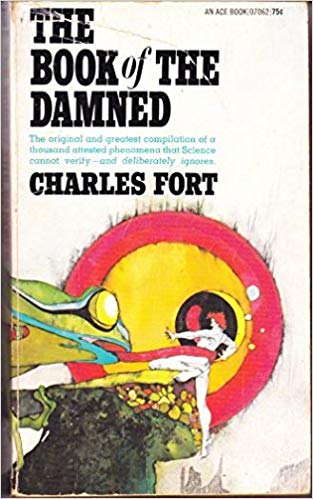 Charles Fort thinks that acceptance has become belief when it comes to science — and remember, it’s 1919. Here are some quotes that especially grabbed me:

“The prim and the precise, or the exact, the homogeneous, the single, the puritanic, the mathematic, the pure, the perfect. We can have illusion of this state– but only by disregarding its inifite denials. It’s a drop of milk afloat in acid that’s eating it. The positive swamped by the negative. So it is in intermediateness, where only to “be” positive is to generate corresponding and, perhaps, equal negativeness. In our acceptance, it is in quasi-existence, premonitory, or prenatal, or pre-awakening consciousness of a real existence.”

“Our antagonism is not to Science, but to the attitude of the sciences that they have finally realized; or to belief, instead of acceptance; to insufficiency, which, as we have seen over and over, amounts to paltriness and puerility of scientific dogmas and standards.”

“Would we, if we could, educate and sophisticate pigs, geese, cattle?

Would it be wise to establish diplomatic relation with the hen that now functions, satisfied with mere sense of achievement by way of compensation?

What a wonderful find! It was a bizarre thing to read, and I loved it.

As far as Rae goes, many wonderful poems in Next Life — a wonderful collection. Her short lines drive me a little crazy sometimes, but I think that might be the point.