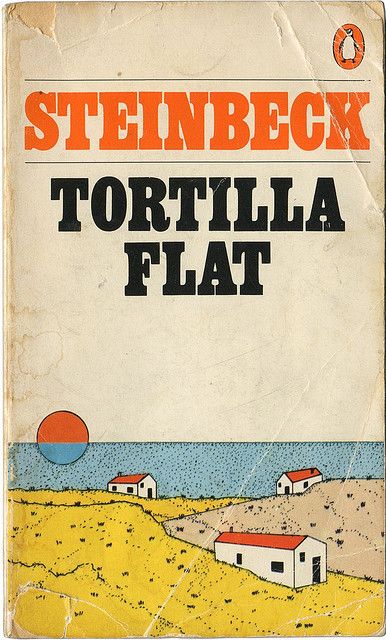 After re-reading John Steinbeck’s Tortilla Flat, I find myself wondering if I might ever reach the greatness of such storytelling. Tortilla Flat is a story about Danny, who inherits two houses, and his friends– Pablo, Pilon, Jesus Maria to name a few. Danny is an anti-hero (I think) and the story itself is rather simple– Danny had forgotten he inherited these houses and when he remembers he realizes he doesn’t need to be homeless anymore. He invited Pilon and asks him 15$ rent for the other house. Pilon finds Pablo and asks him to pay, and then finally they find Jesus Maria in a bush passed out after drinking some wine and offer him to pay 15$ rent to stay. This amounts to them burning down the house accidentally after they left a candle lit. Danny lets them move into his place and they continue their friendship. There are some altruistic moments– helping feed a poor family who loses their bean crop to severe rain and throwing a party for Danny. They take in the Pirate, who they know had money stashed in the forest. The Pirate and his five dogs join the crew. The ending is not terribly happy, though it is realistic. I enjoyed revisiting this story and am pretty sure this will be the next audiobook I record to share. This will be fun to read aloud!