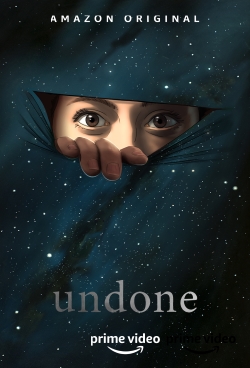 I am house-sitting for fellow reader K8 who is off vacationing in Japan, and as such I have access to Prime Video and discovered Undone last night. It is an animated series and is compelling to watch– the story so far (I watched only a few episodes) is about a woman, Alma, who might be described as a “debbie downer” — always revealing the harsh reality of things, not terribly soft– perhaps visibly traumatized by the world. Her sister, Becca, is the opposite– always trying to keep things positive. Alma gets in a car accident and starts seeing her dead father and is in a sort of in-between state where she is learning to control time. Her father was a theoretical physicist and he says he was murdered, not killed in an accident. He asks for Alma’s help to reverse the course of his fate. It’s fun to watch and the animation is a cool approach I don’t usually watch (I do not watch much television/movies) — so this is a fun way to mix up my media exposure.

Anyone else hear of this show?